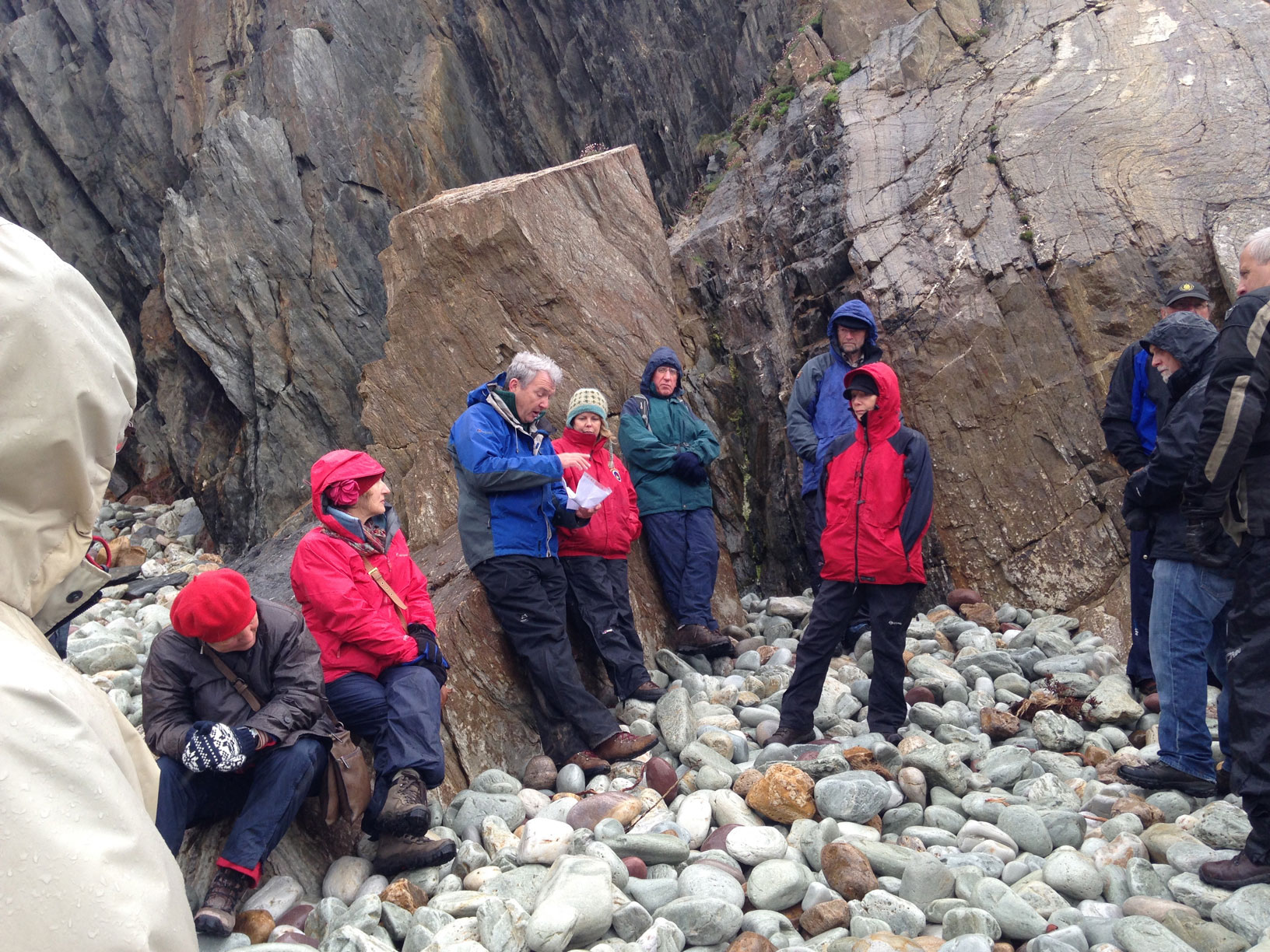 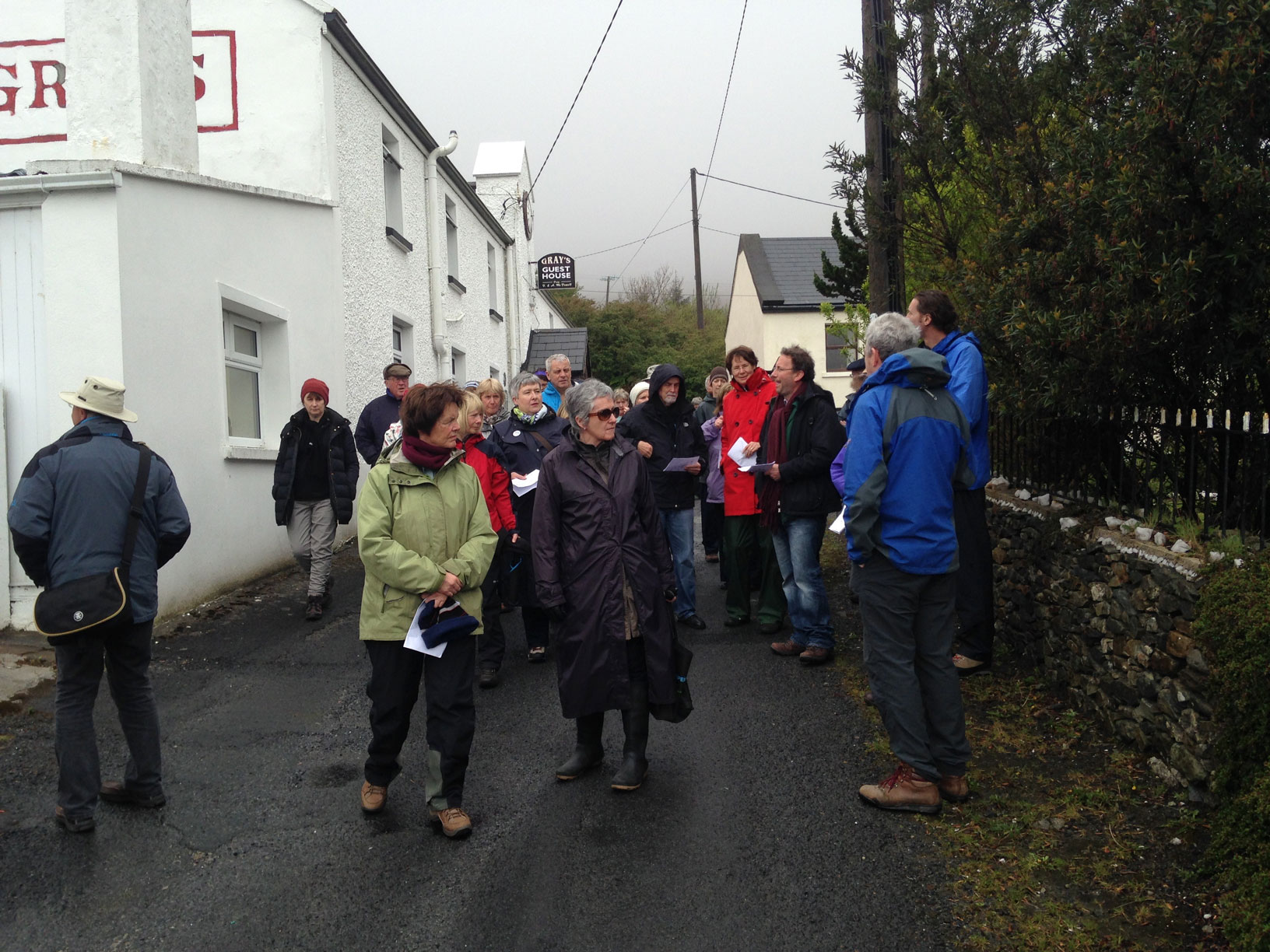 The 2015 weekend will be formally opened by Ambassador Declan  Kelleher,
Permanent Representative of Ireland in the European Union on Friday May 1st at 7.30pm at the Cyril Gray Memorial Hall, in Dugort. Ambassador Kelleher will give his opening address on the theme; ” Culture, Diplomacy and Mutual Understanding”. Prior to his appointment to Brussels he was Ambassador of Ireland to the People’s Republic of China where he served from 2004 to 2013, and was instrumental in opening up trade and cultural links between Ireland and China . Ambassador Declan  Kelleher will present  the winning essay competition prizes to students from Coláiste Pobail Acla.

The weekend features  an illustrated talk by Kevin Toolis,  ‘The Prophet and the Bishop’, the religious war between Edward Nangle 1800-1883 and Archbishop John
MacHale 1791- 1881. From the 1830s to the 1880s a great religious war raged in Connaught between Evangelical Protestants and the Catholic Church for the hearts of the poor. Kevin Toolis is a BAFTA winning film maker, playwright and writer who won the 2014 Single Drama BAFTA award for his MI5 spy thriller ‘Complicit’.  He is also the playwright and director of the West End hit ‘The Confessions of Gordon Brown’. Born In Edinburgh of Achill parents, Toolis is the author of a classic work on the Troubles – ‘Rebel Hearts’, Journeys Within the IRA’s Soul.

Hilary Tulloch will give an illustrated talk  on the  Family Pictures of
Edward Nangle – including images of rare watercolour paintings of Achill from the 1830’s, which are  attributed to Nangle or his daughters.  Hilary is the great-granddaughter of one the children of Edward Walter Nangle and his first wife, Eliza Warner.

Limerick based writer  Patricia Byrns will give a talk about Women in the Colony, focusing  on the role of the women involved directly and indirectly in the Achill Mission activities; secondly, she discusses the witness and critique provided by women travellers who visited Dugort at the time of the Mission.

Rev Patrick Comerford will give a lecture on TS Eliot (1888-1965): the Nobel poet and his Irish connections. Like Heinrich Boll, TS Eliot was a Nobel laureate and was deeply influenced in his writings by the events of war. This year marks the fiftieth anniversary of his death on 4 January 1965, and the one hundredth anniversary of his marriage to Vivienne Leigh-Wood in 1915, portrayed in the film Tom & Viv.  Eliot has often been accused of being anti-Irish. (Revd Canon Professor) Patrick Comerford is Lecturer in Anglicanism, Liturgy and Church History in the Church of Ireland Theological Institute, Dublin, an Adjunct Assistant Professor in Theology in Trinity College Dublin, and a visiting lecturer in Mater Dei Institute of Education, a college of Dublin City University.

recent work. Born in 1965 Mike McCormack is the author of two collections of short stories ‘Getting it in the Head’ and ‘Forensic Songs’, and two novels ‘Crowe’s Requiem’ and ‘Notes from a Coma’. In 1996 he was awarded the Rooney Prize for Literature and ‘Getting it in the Head’ was chosen as a New York Times Notable Book of the Year. A short film, which he scripted from one of the stories in that collection, was long listed for an Academy Award in
2003. In 2006 ‘Notes from a Coma’ was shortlisted for the Irish Book of the Year Award; it was recently published by SOHO Press in New York.

Award winning German writer Christian Kracht will also read during the
weekend.  Born in 1966, Christian is a Swiss novelist and journalist and is considered to be one of the most important contemporary writers in German. He had his first success with “Faserland” in 1995, his debut novel. Kracht’s style could be the result of his literary biography and the fact that he spent most of his life on different continents, far away from the German
literature scene with its language rules and orderly codes. (from Der Spiegel). Author Christian Kracht received the Wilhelm-Raabe Prize for his novel “Imperium”, one of the highest Awards for German literature. Presented in aassociation with the Goethe-Institut Irland.

Two new books from John F Deane “Give Dust a Tongue”,  and “Semibreve” will be introduced by Mark Patrick Hederman. “Give Dust a Tongue” is a memoir that views the spiritual developments of John F Deane, from his strict Roman
Catholic upbringing on Achill Island through the  development of his own poetic career. The new poems in ‘Semibreve’ combine lyric grace with a fiercely questing intelligence, pushing against the mysteries of faith in a fractured world, paying tribute to the value of human life and love.

Guided walks in the landscape will be led by Eoin Halpin on Saturday ‘Archaeology and Geology of Ashlem’, and  on Sunday morning Slievemore: ‘The Colony and
Finsheen’.

The weekend includes an exhibition of paintings René Böll   ‘The Cilliní of Acihll and Currane’ at  Achill Sound  Hall. The history of Achill island and the Currane peninsula with respect to the burial grounds (Cilliní) of children who died unbaptised. Most of the cilliní that are known today probably date back to the time of the Counter-Reformation, and they were still in use in some places, as on Achill Island, at the beginning of the 1960s.

Photographic Exhibition of the Dugort Village Colony by  John Michael Nikolai  “IN NANGLE’S FOOTSTEPS”   photographs at some of the locations on Achill Island associated with the Reverend Edward Nangle.

This weekend event is organized with support of the Goethe-Institut Irland.
The  Achill Heinrich Böll Association is funded by Mayo County Council, The Arts Council of Ireland,   and  receives donations from members of the public.