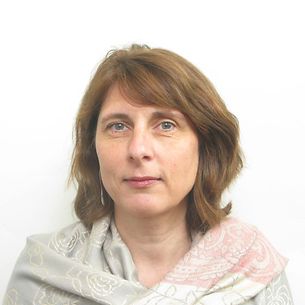 H.E. Deike Potzel: Ambassador of the Federal Republic of Germany. 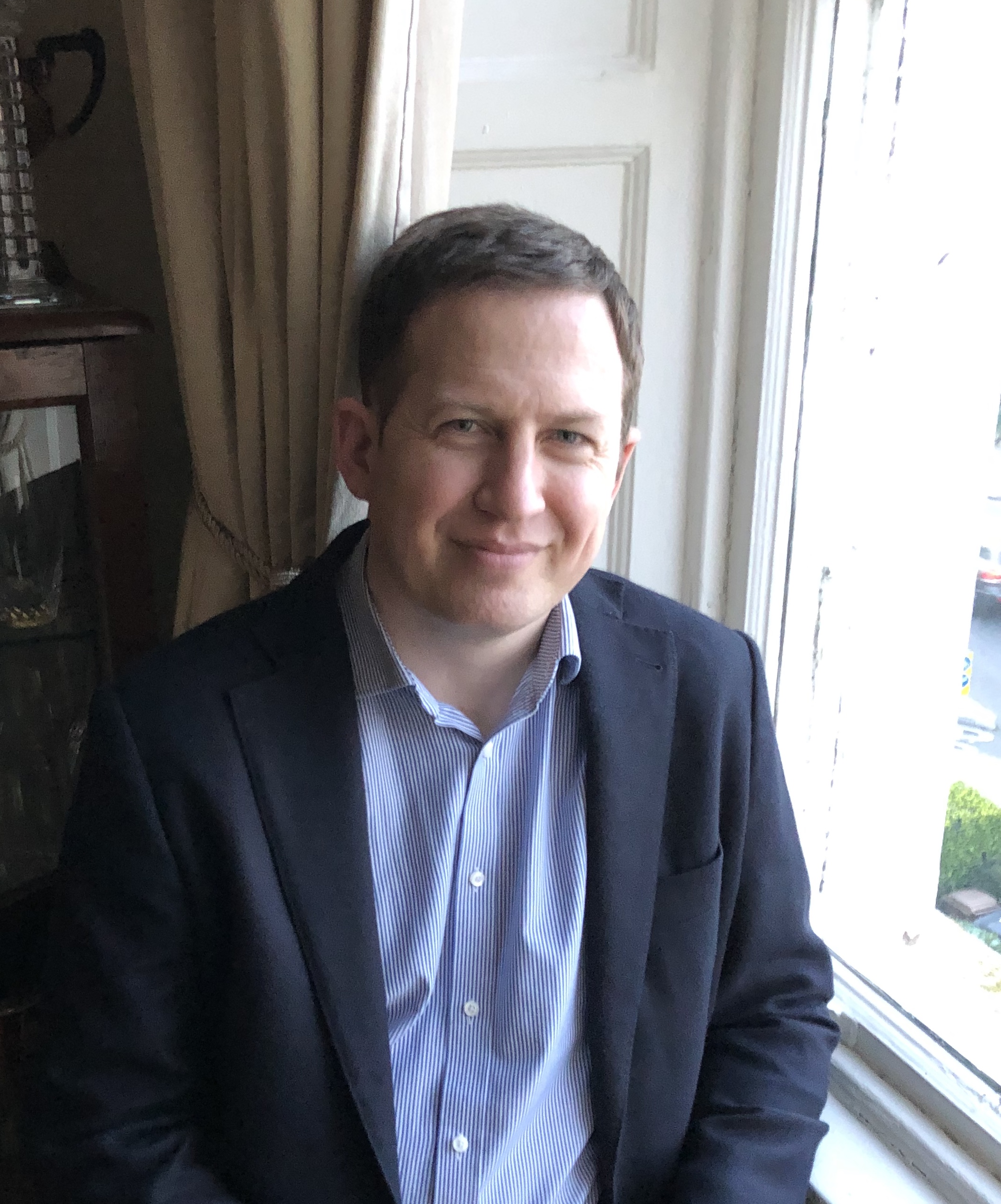 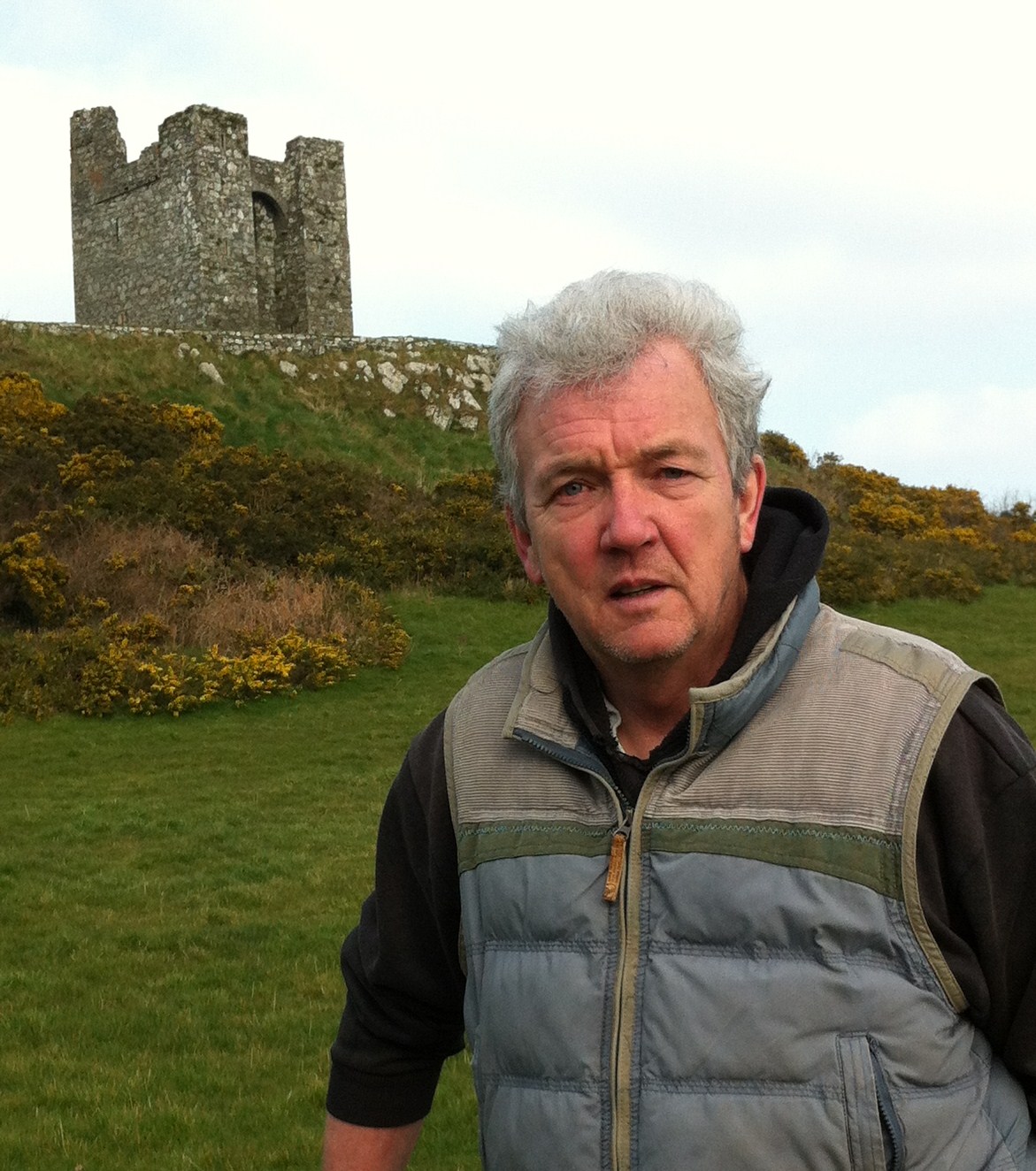 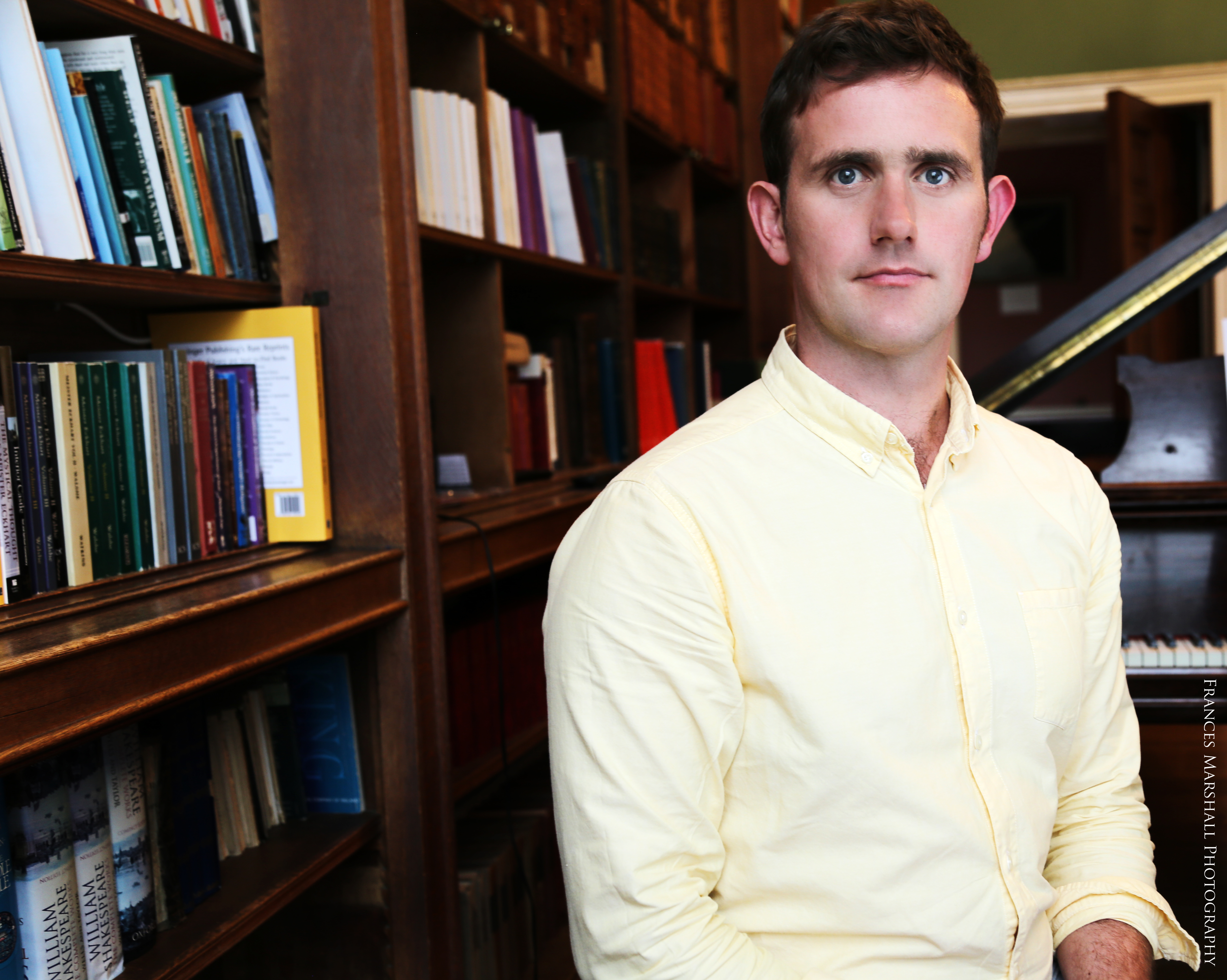 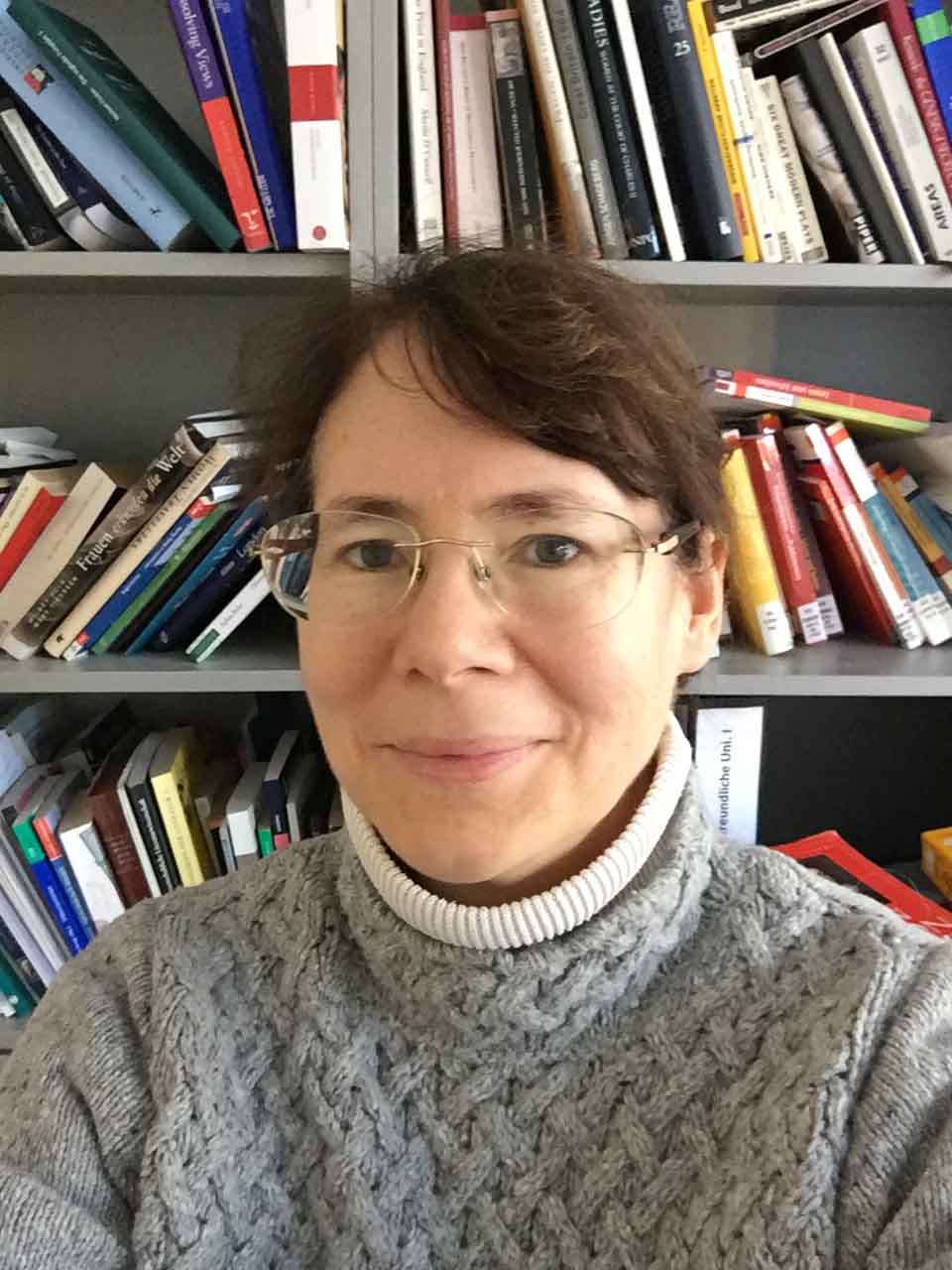 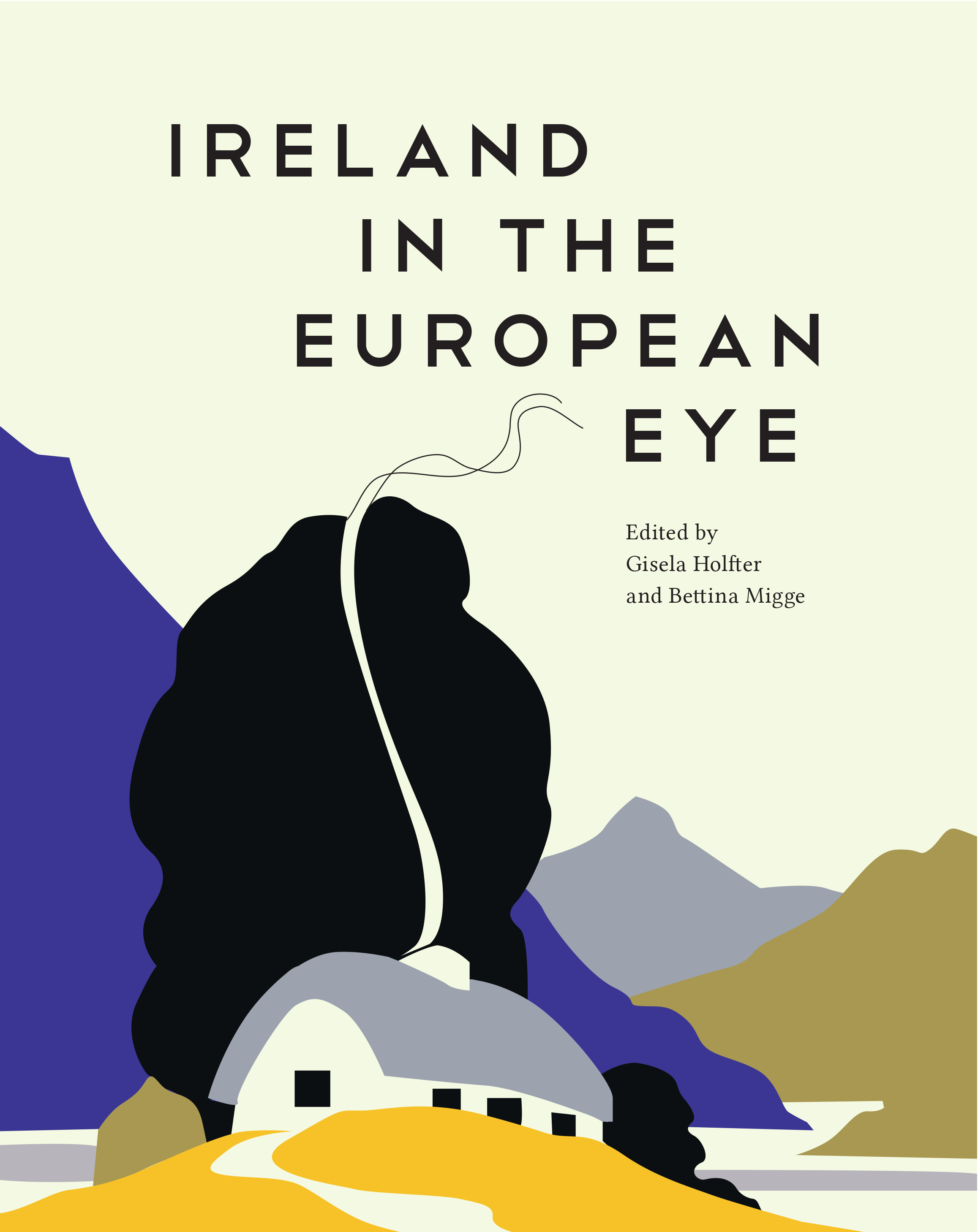 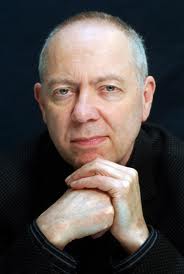 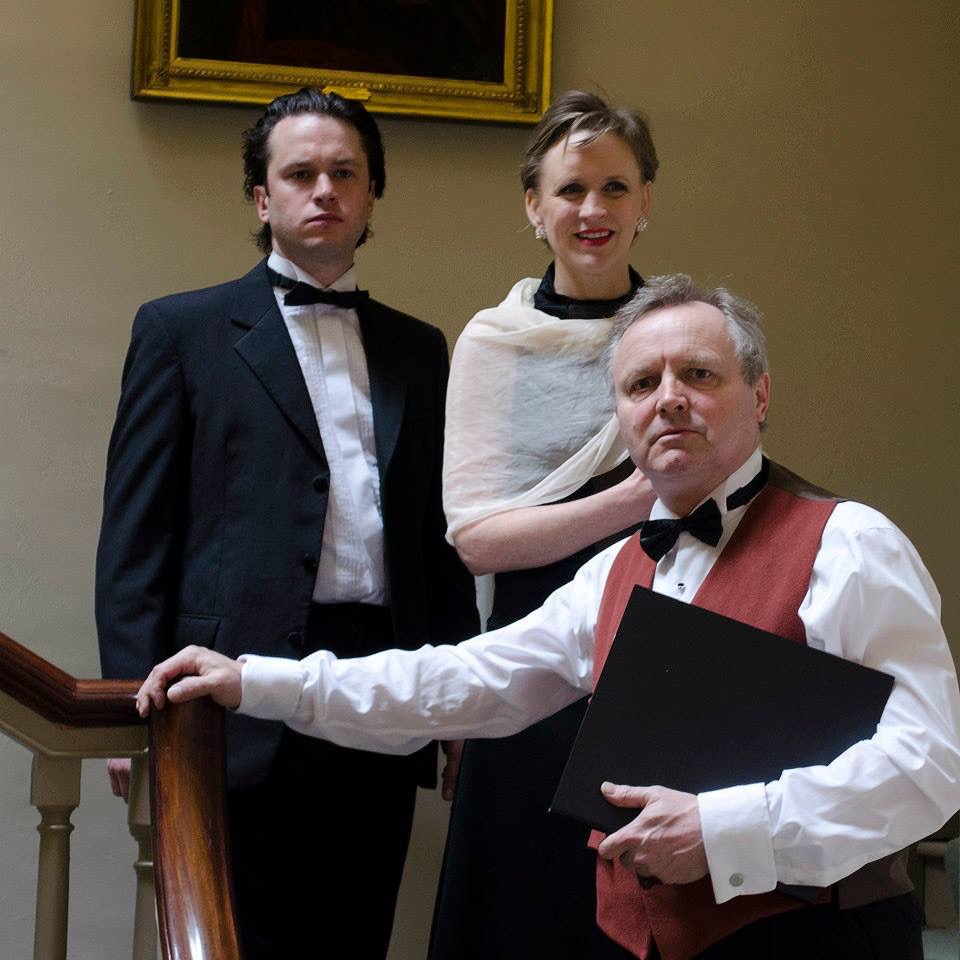 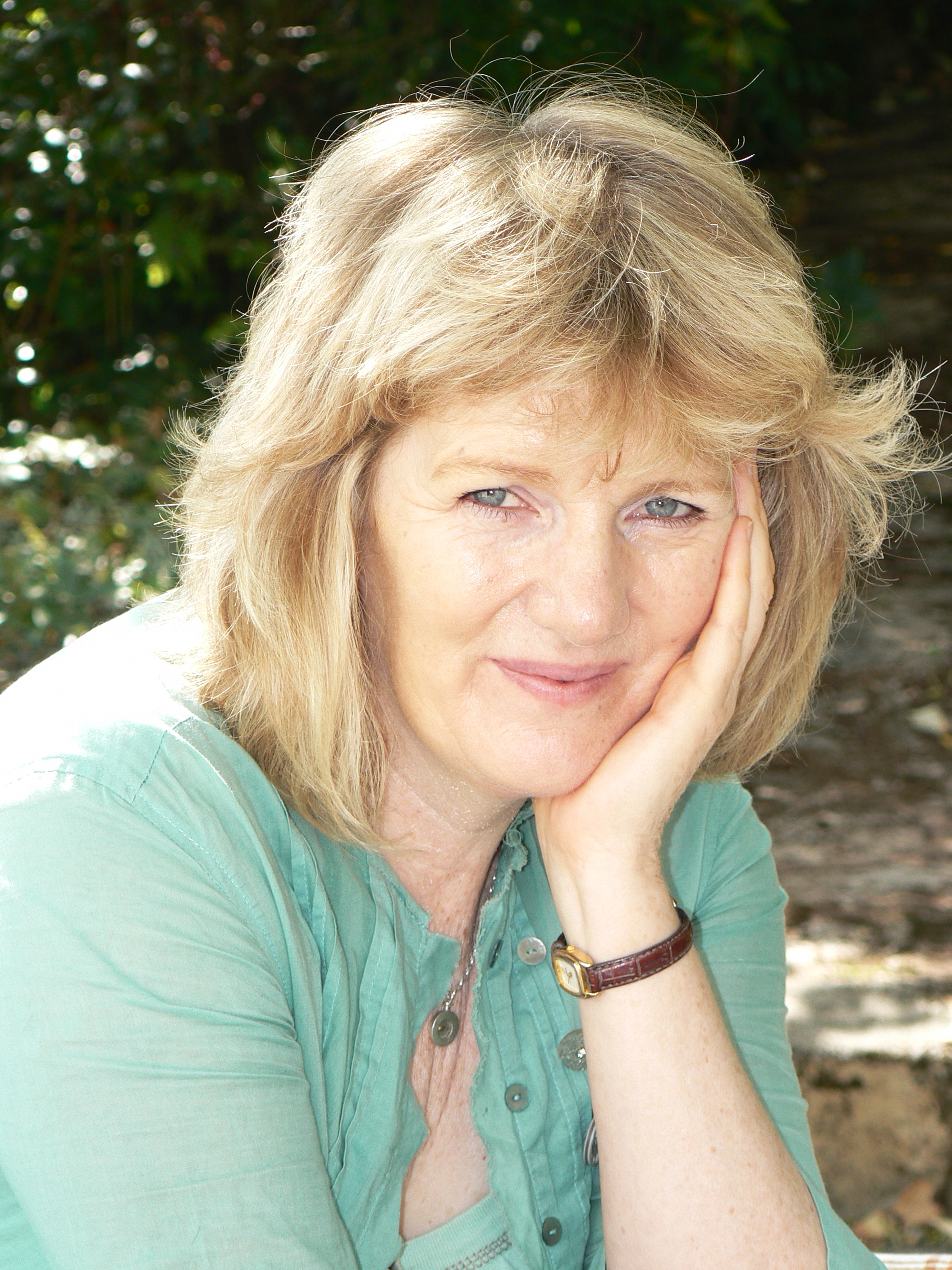 As president of the Heinrich Böll Foundation she is responsible for the Foundation’s German activities, for foreign and security policy, and for the Europe and North America regional work. In addition, she is in charge of the scholarship department, of the Green Academy (a think tank of scientists and politicians), as well as of the archive “Grünes Gedächtnis” (green memory), a contemporary historical archive collecting materials relating to the Green party and the new social movements.

Garrett Cormican will present a talk on Camille Souter’s paintings of Mayo and Achill in particular, from the 1950s to date Garrett Cormican is a painter and author of the critically acclaimed 337 page monograph Camille Souter: The Mirror in the Sea, published by Whytes in 2006. He was Assistant Curator of the Francis Bacon Studio and Database Project, The Dublin City Gallery, The Hugh Lane from 1999-2001. He wrote the introductory essay for Camille’s show at the Linenhall in 1999 and was Artist’s Biographer for her show at the Model Arts and Neiland Centre and RHA in 2001.

Eoin Halpin is the Operations Manager with Archaeology and Heritage Consultancy Ltd a company founded in 2014. For the previous 25 years he worked with Archaeological Development Services Ltd, and before that for the Scottish Office in Edinburgh. Eoin has worked on all aspects of development led archaeological projects. He has project managed numerous large infrastructural schemes for example, the North-South Gas Pipeline and the A1-N1 road scheme. He is a member of the Chartered Institute for Field Archaeologists and a member of the Institute of Archaeologist of Ireland for which he has acted as chairperson. His work has appeared in numerous publications in academic journals, historic society journals and monographs.

Martin Dyar grew up in Swinford in County Mayo. His book of poems Maiden Names (Arlen House), described by Bernard O’Donoghue as ‘a thrilling new development in Irish poetry’ was shortlisted for the Pigott Poetry Prize, and was a book of the year selection in both the Guardian and the Irish Times. stimulate audience members with regard to their own reading and writing; Writers workshop insights into technique, creative process and the deeper significance of poetry; language as used by a selection of writers with respect to landscape: mountains and rivers in particular: framed in writers background and writing life.

Gisela Holfter Gisela Holfter studied in Cologne, Cambridge and St. Louis, and worked as an Assistant Teacher in Belfast and as a Lektor at the University of Otago in Dunedin, New Zealand, before coming to Limerick in 1996. She is Senior Lecturer in German and co-founder and Joint Director of the Centre for Irish-German Studies. Her research interests include German-Irish relations, German literature (19th century to contemporary writing), exile studies, migration and intercultural communication. Co-edited a dozen books, the latest being German Reunification and the Legacy of GDR Literature and Culture (2018, Brill) and (WVT 2019; both books edited with D. Byrnes and J. Conacher). Her monographs include Erlebnis Irland (1996, WVT), Heinrich Böll and Ireland (2011, paperback 2012, CBS) and An Irish Sanctuary: German-speaking Refugees in Ireland 1933-1945 (with H. Dickel, 2017, paperback 2018, de Gruyter). She is currently engaged in a project on Fontane’s Wanderungen durch die Mark Brandenburg with contemporary German writers (Verlag Berlin-Brandenburg, 2019) and one on German migration to Ireland since 1922 (Palgrave 2020).

Bettina Migge studied in Hamburg, Yaoundé (Cameroon) and Berlin and received a PhD in Linguistics from the Ohio State University. She worked as Hochschulassistentin at the Johann-Wolfgang Goethe Universität, Frankfurt am Main and is currently Professor of Linguistics, Head of the School of Languages, Cultures and Linguistics at University College Dublin and a member of the research group Structure et Dynamique des Langues (SeDyL UMR 8202) in Villejuif, France. Her research interests are in the broad area of language contact, language documentation, sociolinguistics. Empirically her research has focused on the Americas, specifically the Creoles of Suriname and French Guiana, and on migration to and language in Ireland. Her publications include book length studies Exploring Language in a Multilingual Context: Variation, Interaction and Ideology in Language Documentation (with I. Léglise, 2013, CUP) and edited volumes Support,Transmission, Education and Target Varieties in the Celtic languages (with N. Ó Murchadha 2017, Routledge), New Perspectives on Irish English (with M. Ní Chiosáin, 2012, John Benjamins). She is currently engaged

With the composer Ryan Molloy, Martin Dyar  has written a poetry song cycle for soprano harp and flute, which toured nationally in 2018.  Martin has also written a play, Tom Loves a Lord, about the Irish poet Thomas Moore. Martin won the Patrick Kavanagh Award in 2009, and the Strokestown International Poetry Award in 2001. A graduate of NUI Galway, and Trinity College Dublin, where he did a PhD in English Literature, and taught for ten years in TCD’s School of Medicine, he has held fellowships at the University of Iowa, and at the Washington Ireland Program. His work has been added to the Leaving Cert prescribed poetry syllabus, and chosen for a number of anthologies, including Windharp: Poems of Ireland Since 1916 (Penguin Ireland), and Reading the Future (Hodges Figgis). Martin is currently Associate Writer Fellow at the University of Limerick, where he teaches poetry on UL’s MA in Creative Writing. Martin’s next collection of poems, Burke’s Goddess, will be published by Arlen House in Autumn 2019

The narrator of Dublin Palms has returned to Dublin to set up home with his partner Helen and their two children. Their lives are filled with optimism, but also by a sense of dislocation. Overshadowed by the Troubles in the North, their family enterprise begins to come apart. As the creditors line up to be paid, they must consider leaving everything behind. What will they gain when they stand to lose all?    In this spectacular novel from the author of The Speckled People, a family tries to hold on in a falling world. A powerful story of fragmentation and belonging, of emigrants and strangers and people returning home.  The palm trees give the street a holiday atmosphere. There must be something in the soil they like. They have straight leaves that get a bit ragged, with split ends.  At night you hear them rattling in the wind..

Hugo Hamilton is the author of the best-selling memoir, The Speckled People, the story of his German-Irish childhood in Dublin, prohibited by his revolutionary father from speaking English. He has written nine novels, two memoirs, a collection of short stories and three stage-plays. His work has won numerous international awards, including the French Prix Femina Etranger, the Italian premio Giuseppe Berto and a DAAD scholarship in Berlin.  Hamilton is a member of Aosdana and lives in Dublin.

The Delmaine String Quartet present Love and War: Words and Music from the Western Front.

To commemorate the centenary of The First World War in 1914, Bewley’s Cafe Theatre and the Delmaine String Quartet have collaborated on a special programme of words and music reflecting the human experience of the Western Front.    Featured prominently are the letters of Artillery Officer, Eric Appleby, to his Athlone sweetheart, Phyllis Kelly. In this moving correspondence, he records the discomforts, horrors, banalities and humour of trench life as he yearns to be back with his beloved in a world at peace.   Phyllis was a talented singer and the performance will include several of the popular songs of the period with string quartet accompaniment.   Threaded through this extraordinary love story are some of the great works from the famous generation of World War One soldier poets and composers. In addition, a varied programme of poetry and prose will be featured, with music by Bach, Ravel, Moeran, Dvorak, Schubert & others.   The performers are Michael James Ford, Susannah De Wrixon, Elliot Moriarty and the Delmaine String Quartet.

Location to be confirmed.

Moya Cannon is originally from Co. Donegal, she has spent most of her adult life in Galway and now lives in Dublin. She has represented Ireland at many international festivals and conferences, in Japan, India, the US and many European and South American countries. Her work has been widely translated. She studied History and Politics at University College Dublin and International Relations at Corpus Christi College, Cambridge. A native speaker of Irish, for many years she taught adolescent traveller children. She has taught creative writing at the National University of Ireland, Galway and was director of the International Writers’ Course at NUIG. A winner of the Brendan Behan award and of the Lawrence O Shaughnessy award, she has edited Poetry Ireland Review and was 2011 Heimbold Professor of Irish Studies at Villanova University. She is a member of Aosdana, the Irish affiliation of creative artists. She has a deep interest in music and enjoys performing with musicians.

Tickets can be purchased for the whole weekend or for individual events.